A friend lend me a book from the 1970'ies about living natural. Me being who I am, she figured I might like it.

First of: Wauw! That would have never worked today. It was messy, and the subjects wasn't in any perticular order. Also, the book had a gazillion different topics from 'How to bake your own bread' (I do that a lot) to 'make your own waste water treatment plant in the back yard' (Not in our time).

But on closer inspection, there was actually a few golden words, so I decided to read it.

In the middle of a topic about growing your own vegetables in the garden was a small 'how-to' about bean sprouts. Now, I've read about growing bean sprouts at home. Appearently vegetarians do that a lot. So I figured: Why not? It would be a nutritous supplement to my winter diet.

I took a deciliter og mungbeans, put them in a 400 gram jar. The beans covered about 2 cm of the bottom of the jar. Then I filled it with 3 deciliters of water. I put a net on the top of the jar, and secured it with a couple of rubber bands. I placed it in a dark cupboard for the night, and went to bed, a little curious about the eksperiment.

The next day felt a little like christmas. I woke up quite early and went to the cupboard to take a quick peak. Not much had happened. The beans had swollen to double size, but other than that, nothing. I went about rinsing the beans with plenty of water, but without touching them, as I could have a lot of bacterias on my fingers. Then I put them back into the cupboard, hoping for the best.

This went on a couple of days. Every morning I would look in the cupboard, and every morning the beans would dissapoint me. On the second night I saw the first sprouts, but nothing too overwhelming, though the beans had kept growing in size.

Then on the forth day, all of the beans had sprouted little tails. I also realised the jar would be to small, because the beans had now swollen so much in size, that they filled 1/3 of the jar. But being an optimistic, I continued with the project.

Yesterday I had to give up. The beansprouts filled the jar to a point where the water wouldn't come out of the jar again, resulting in the sprouts being in still water. They had went wouldy. Not much, but enough to stop the growth completely. Besides, who wants to eat mouldy sprouts? Not me.

So I threw away a filled jar of sprouts. My heart ached. And I started over. This time with only 1/8 of a deciliter in the same jar. I hope it will be better.
Indsendt af dotlea kl. 07:35 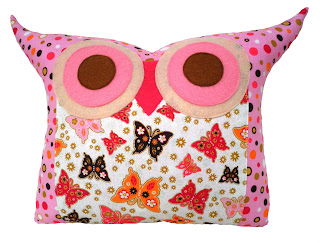